Data can be represented in different bases, an ‘A’ needs to be a numerical representation of Base 2 or binary so computers can understand them 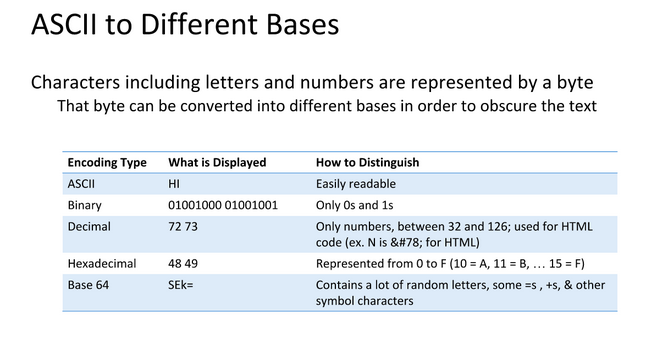 An XOR or eXclusive OR is a bitwise operation indicated by ^ and shown by the following truth table:

So what XOR’ing bytes in the action 0xA0 ^ 0x2C translates to is: 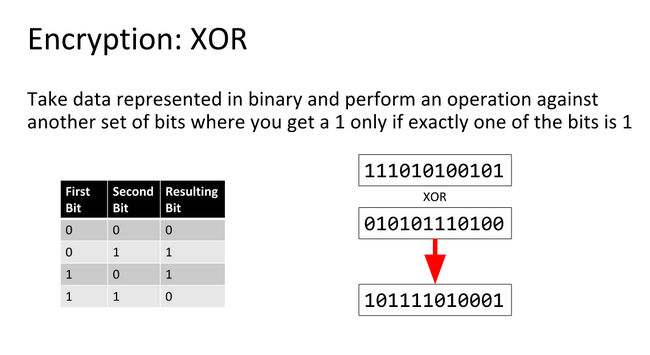 What does this have to do with CTF?¶

XOR is a cheap way to encrypt data with a password. Any data can be encrypted using XOR as shown in this Python example:

This can be extended using a multibyte key by iterating in parallel with the data.

Single Byte XOR Encryption is trivial to bruteforce as there are only 255 key combinations to try.

Multibyte XOR gets exponentially harder the longer the key, but if the encrypted text is long enough, character frequency analysis is a viable method to find the key. Character Frequency Analysis means that we split the cipher text into groups based on the number of characters in the key. These groups then are bruteforced using the idea that some letters appear more frequently in the english alphabet than others.