Upon opening Wireshark, you are greeted with the option to open a PCAP or begin capturing network traffic on your device. 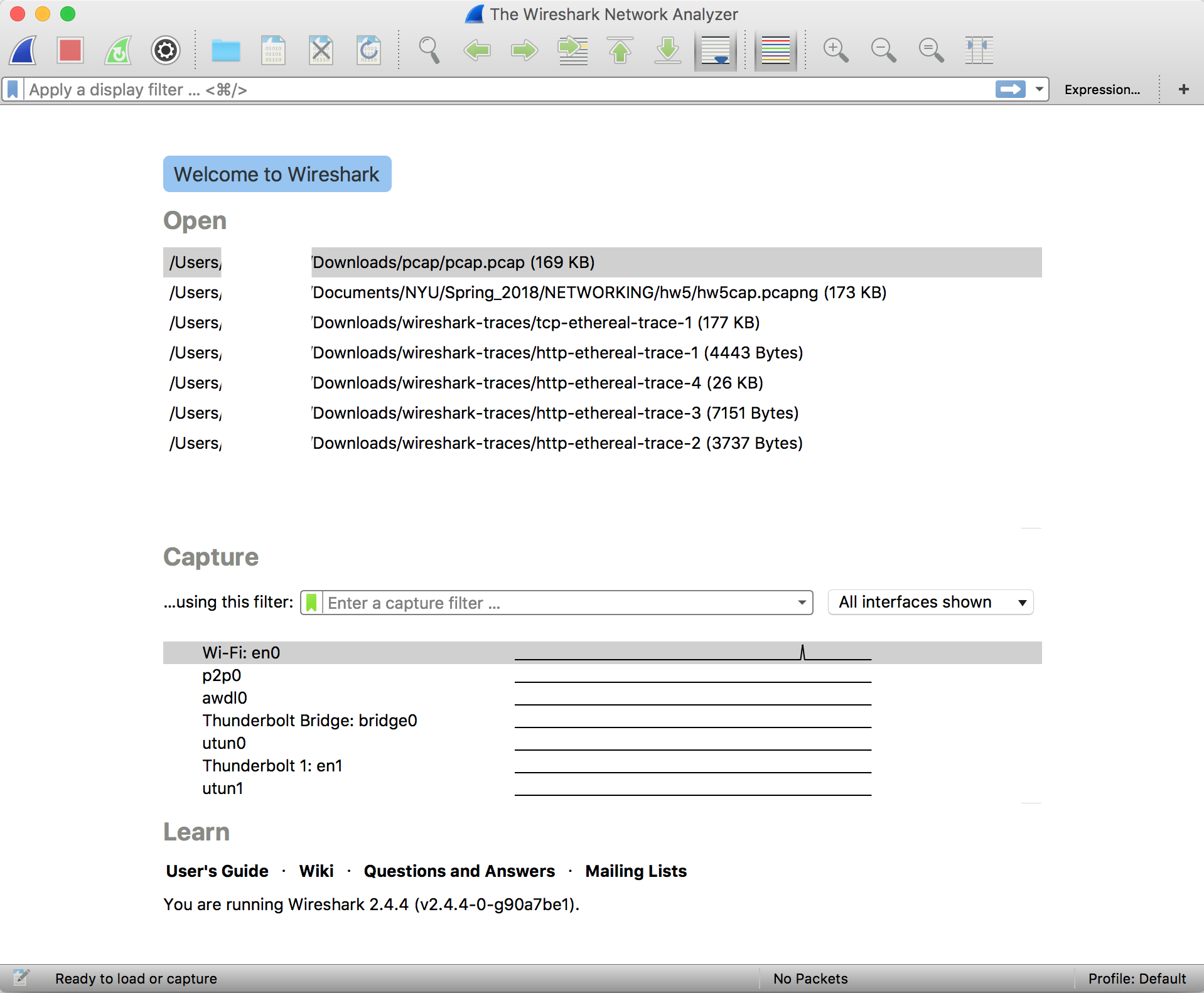 The network traffic displayed initially shows the packets in order of which they were captured. You can filter packets by protocol, source IP address, destination IP address, length, etc. 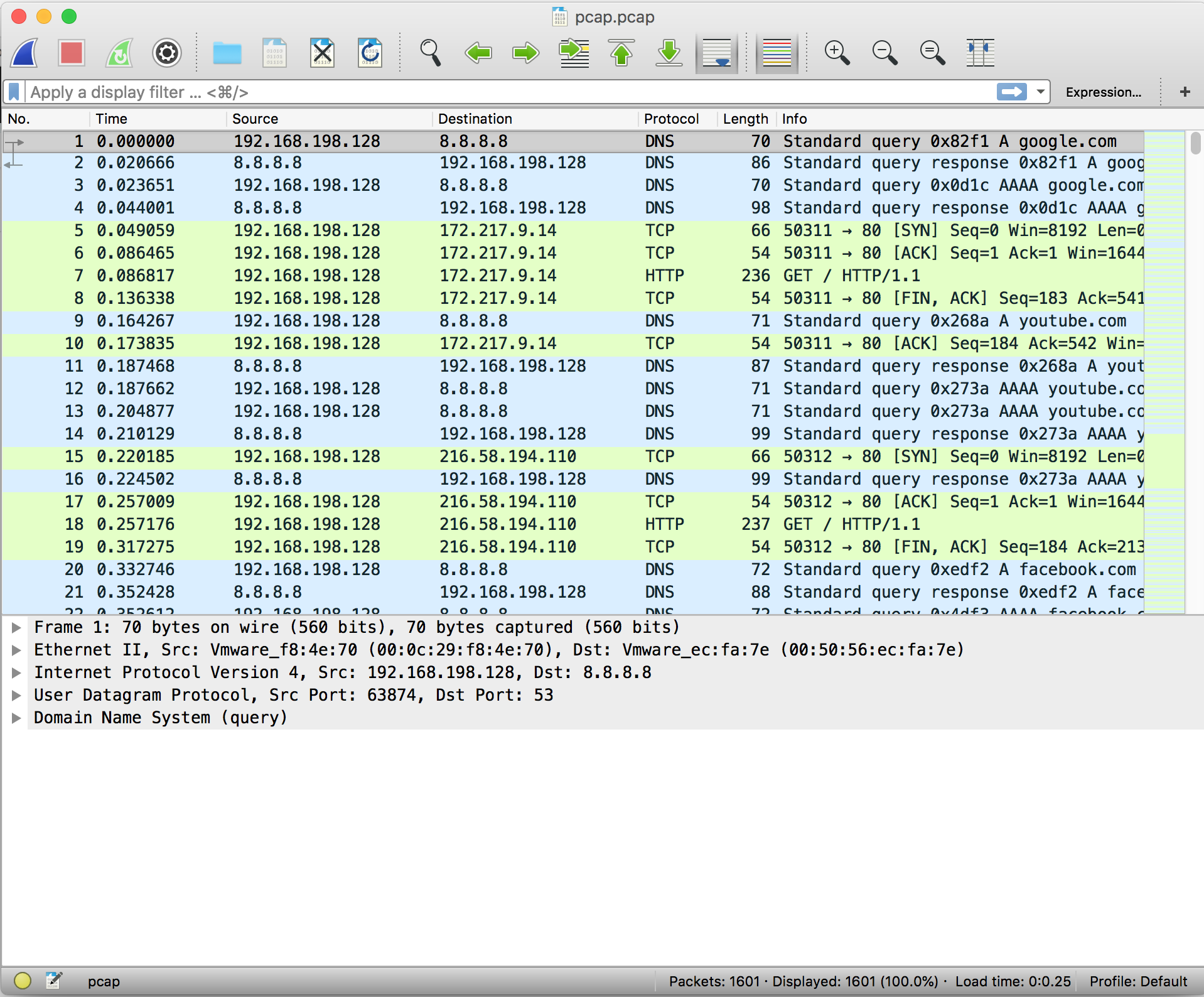 In order to apply filters, simply enter the constraining factor, for example ‘http’, in the display filter bar. 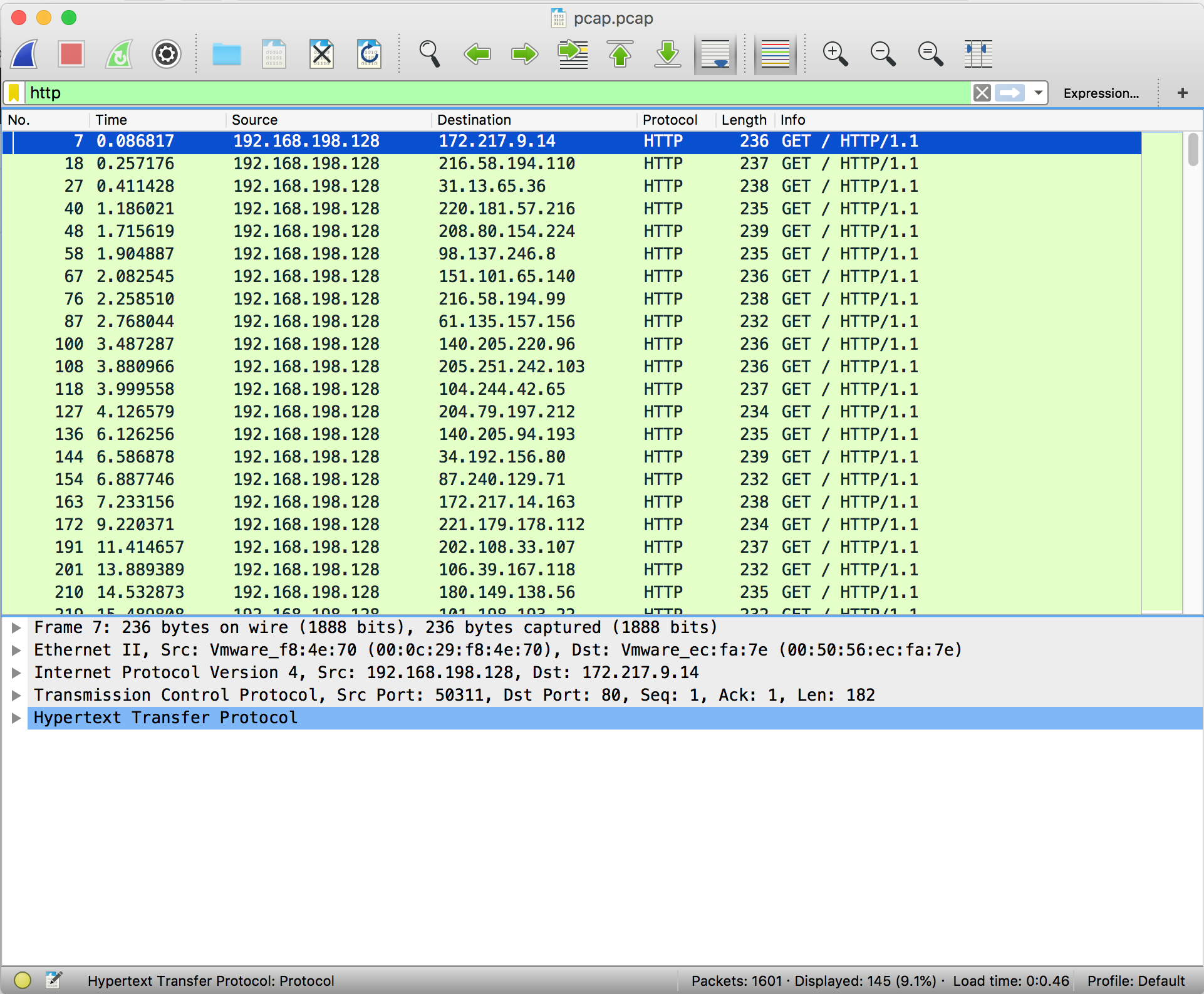 Filters can be chained together using ‘&&’ notation. In order to filter by IP, ensure a double equals ‘==’ is used. 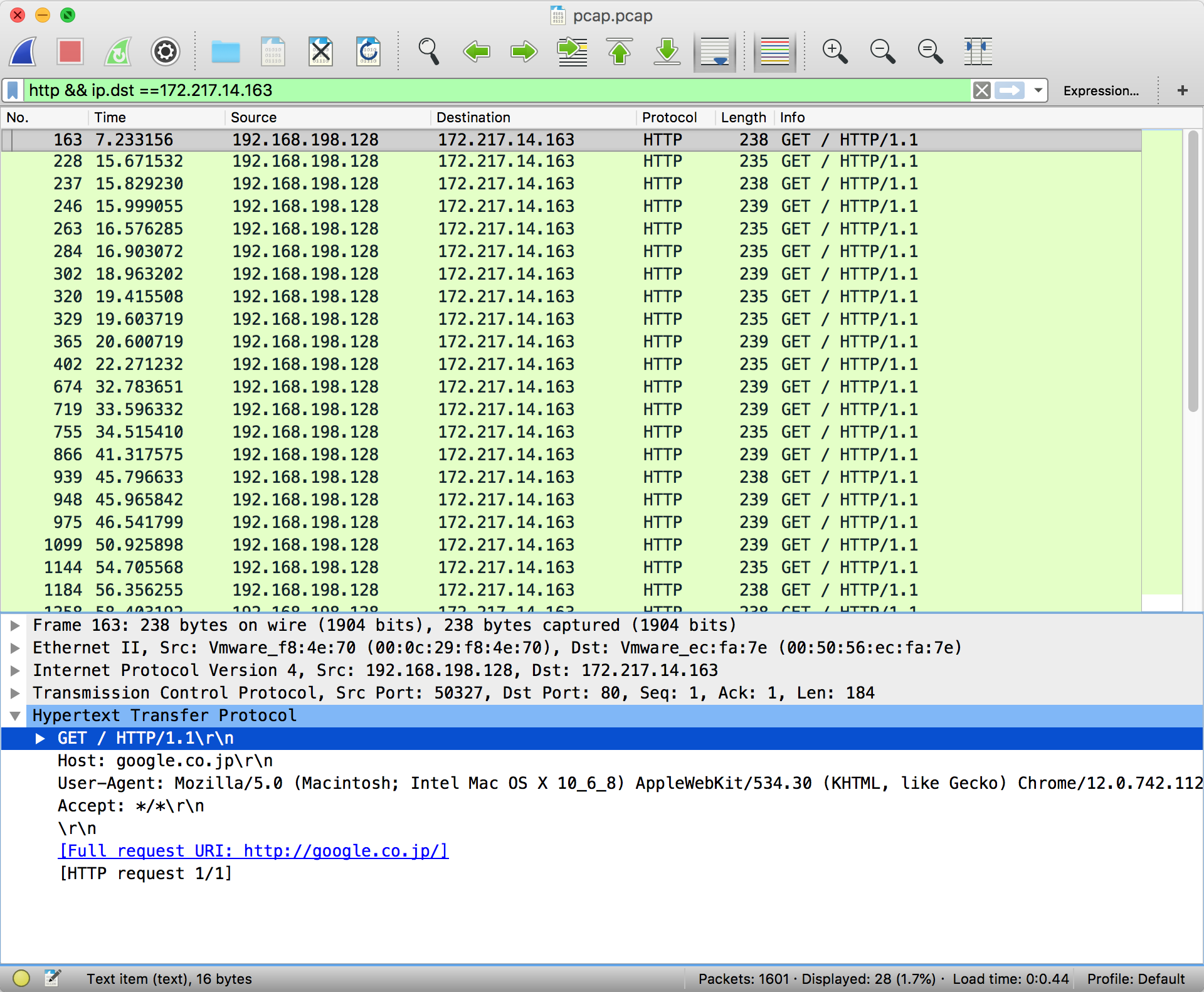 The most pertinent part of a packet is its data payload and protocol information.

By default, Wireshark cannot decrypt SSL traffic on your device unless you grant it specific certificates.

In order for a network session to be encrypted properly, the client and server must share a common secret for which they can use to encrypt and decrypt data without someone in the middle being able to guess. The SSL Handshake loosely follows this format:

There are several ways to be able to decrypt traffic. 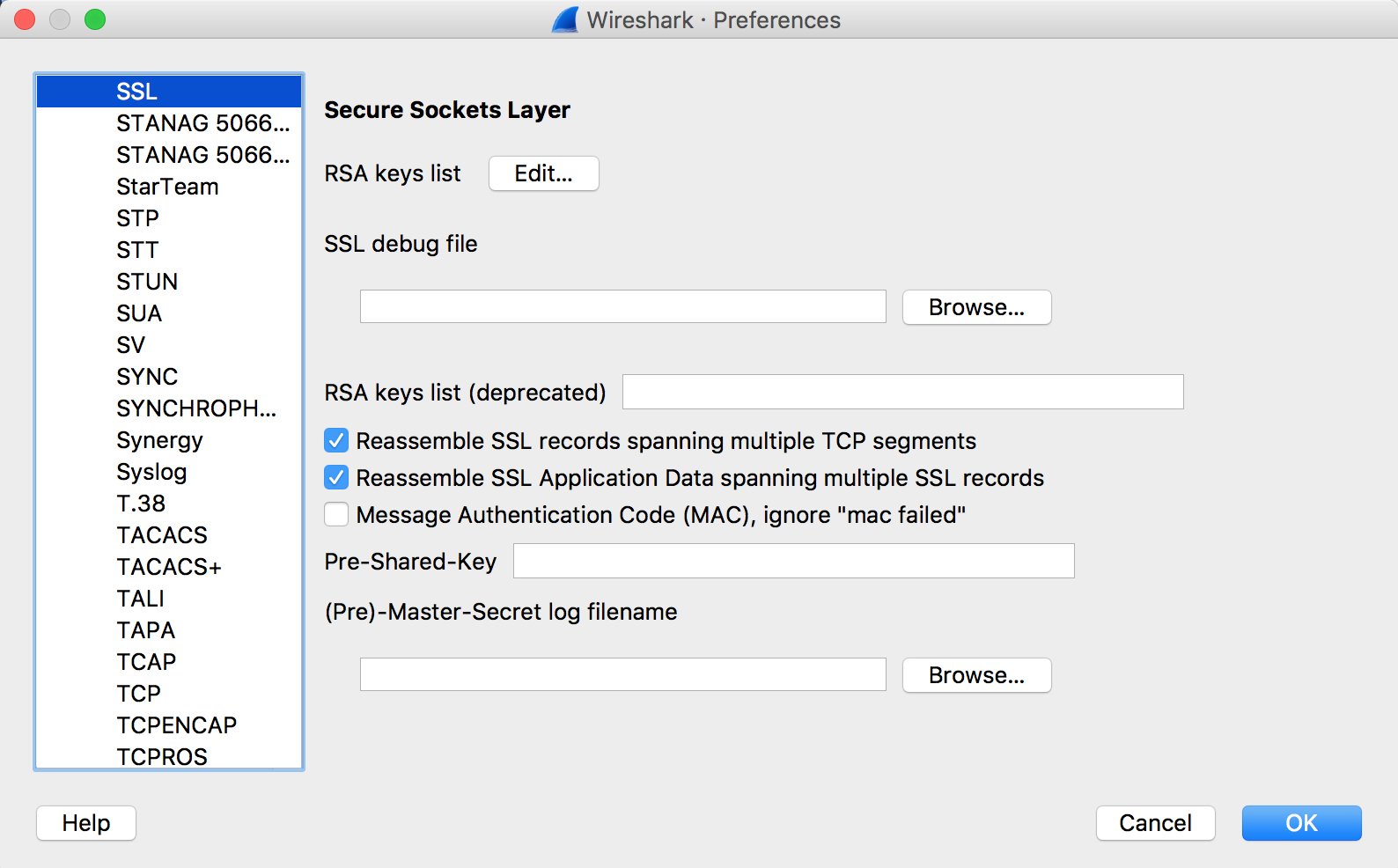